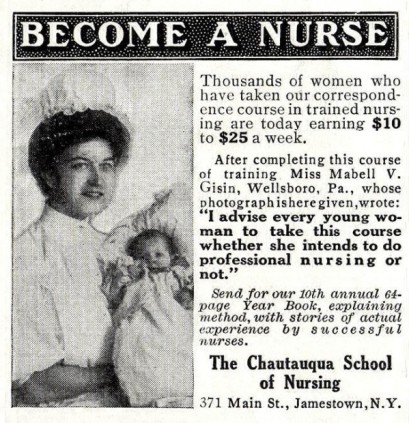 It is common knowledge in higher education that distance learning is nothing new.   The phenomenon of students learning in an asynchronous manner through formal institutions goes back to the 1800s, which is a really long time ago, especially in educational technology terms.   It might as well be a millennium. In reality, it is a short history of three centuries, inspired by a mission of access, not unlike the mission of many community colleges (Carey, 2008).

History has an important place in our understanding of most educational topics, and is indeed particularly important in the field of eLearning, where dated references and research are a decade old, and new models of eLearning emerge to disrupt the higher education marketplace on a seemingly monthly basis.   Every time the moon waxes and wanes, a new learning model emerges wrapped in a snazzy acronym which has the ability to push innovation, improve education, and whip educational Luddites into a frenzy of animated furor.

Even if you, or high ranking members of your institution, are of the belief that distance education is muddying and diluting educational quality tweet by tweet, you cannot afford (literally) to ignore eLearning, unless the world is subject to an EMP (electromagnetic pulse) attack, in which case we’d all have anarchy to worry about instead of education.

And Then There Was Distance Learning…

According to a rather amusingly titled article by writer James Crotty in Forbes Magazine (entitled Distance Learning Has Been Around Since 1892, You Big MOOC*), “distance learning began in 1892 when the University of Chicago created the first college-level distance learning program”.   You know that it has to be true because a crackerjack team of PhDs and NASA scientists came up with that.   I’m not convinced PhDs are always right, but as NASA scientists are responsible for studying the universe and sending human beings hurtling thousands of miles to the moon, I’m fairly confident in their research.

Almost confident.   1892 was not the actual first instance of distance learning, just the first formal academically recognized college program of distance learning.   Prior to that, correspondence courses allowed secretaries to learn their craft from a distance and to mail in their work for correction and assessment.   “The first course was the Pitman Shorthand training program that brought cutting edge stenographic practices to the United States in 1852. Using the United States Postal Service, self-taught secretaries would mail their exercises to the Phonographic Institute in Cincinnati, Ohio and, after completing the required coursework, receive a certificate of expertise in stenographic short- hand skills” (Matthews,1999, as cited in Casey, 2008, p. 46).

*From the files of “You know you’re an eLearning geek when….” you find jokes about people being called MOOCs incredibly funny.

Text-heavy is eLearning speak for “killing me slowly with utter lack of multimedia resources”. And why? There’s great content out there everywhere to learn from. In our networked world it’s relatively easy to let someone else’s great presentation work for you.

So, let’s watch this video overview.  It’s less than 4 minutes long, and provides the snapshot version of the history of distance learning.